skip to main | skip to sidebar

It's not even an insult to call a politician a "Sellout" anymore. It's like calling a vicious killer a person with anger management issues.

Balls can get lonely. Just putting it out there...

Dear friend of the cute lady that was flirting with me, calm down. She'll still be your friend if I start sleeping with her. She'll just be one trillion times happier and have lots of stories to rub in your face. Okay? Now go away.

I'm going to open a PR firm that writes apologies that sound like real people wrote them... like this..."Sorry about that shit..."

I’m not sure, but I think Jason Statham is going to beat up some people in his next movie.

"Dear hot women in proactiv commercials, I didn't know or care about your acne. I just want to have regular sex with you." - ALL dudes

My talking scale just told me I have nice balls.
Posted by S. Anthony Says at 6:59:00 PM No comments:

I used to live a life like those people in car commercials. Exciting for 27 seconds...then the same shit over and over again as anonymous drunks watch through glass.

Is there any way to make "Trying to be cute" illegal?

Ever have a family member do or say something that makes you think "Ungrateful motherfucker!"? THAT. Today.

MY #Subway sandwich is 14 inches long.

I'm 100 million dollars and a vasectomy away from the party lifestyle my talent deserves. (Also pre-banging STD tests)

"Dear pretty Hollywood actresses, that surgery you all keep doing to your mouths....stop that please." - Dudes

Wait? Second dates are a thing? Damn it! I knew she was lying!

I'm NEVER nervous on a first date. I know how cute and charming I am. Right? Right? Does this shirt go with these shoes?

Dear super super rich guys fighting with each other, SHUT THE FUCK UP! Leave arguments to the rest of us! Don't take EVERYTHING from us!

I'm going to confess to Oprah about my speeding just now. I went 67mph...and I'm sorry. I'm also sorry about the 39 people I just ran over.

I just kicked a can down the road....it's fun! I see why you politicians love it so much! Now I'm going to play with this red tape!

Dear gorgeous women that use their beauty to get things... I have things. Just remember one of those things wants to be in you everyday.

Tom Brady & Bill Belichick didn't have their hands over their hearts during the National Anthem! Get 'em Fox News! Get 'em! #yeahright

Ever see a person that's ALMOST gorgeous/handsome but there's one thing wrong with them that fucks it up? That, 5 minutes ago...
Posted by S. Anthony Says at 4:18:00 PM No comments:

Lance Armstrong admits he is secretly in love with Steadman to Oprah, she beats him unconscious with her huge yummy boobs Film at 11!

I don't know about YOU, but I can't wait to see Oprah's Lance Armstrong inter....ahahahahaha! I tried! Who gives a shit?

Who cares if some star releases some new stuff? So what!?!
(Editors note: I will change my mind about that when it applies to me)

Breaking news! Obama signs law making it illegal to do anymore "Gangnam Style parodies" because the shit is corny and tired now. Film at 11!


18 severed heads intercepted at O'Hare
"I had 20! Where is the rest of my stuff? I'm suing!"
- Litigious Serial killer who can't prioritize

If you replace the smell that's put in natural gas, with the smell of chocolate chip cookies, there would soon be a lot of dead people.

I go to the gym just to wipe sweat ONTO the machines….then I leave. Money…well…spent…
Posted by S. Anthony Says at 6:13:00 PM No comments:

You, over there with the CD player...cute. Say hello to the newly elected President Bill Clinton for me.

John Boehner won't let me out of my house unless I give him a dollar. I'll just play a sad song on the radio and slip out while he's crying.

Who...the hell....washed my coat of many colors!? That thing was expensive! You're paying the difference in my insurance premium sir!!

Does being stripped of your dignity give you the option of adding "stripper" to your job title?

Beautiful people, stop making weird faces, everyone else HAS TO look like that you bastards! (Not me, I'm cute...the rest of these uggos)

I don't trust people with "Perfect" teeth. I will bang them though.

Wait, "Racist" politicians? When did THAT start happening?

Zombies locked in the House of Representatives, starve to death, Film at 11! I have grey hair on my testicles. It's cool. That's were I hide them so they don't get stolen. I spent good money buying those things.

This is getting weird. I was caressing a date's ass and it asked if I wanted to link it to my Facebook page. No. But my twitter page...

An IMPORTANT video blog from ME. Watch it ya bastids!!!!


Because of THIS flu outbreak, it doesn't have the same impact when I randomly yell "Get away from me you sick bastards!" in the street at people.

What sex symbol are you tired of? Who made you say "I'm all (insert name)ed out!" Just curious. Personally, I'm all (all of them)ed out...

"Moobs" DON'T produce milk, but they DO produce an invisible gas that prevents people from having sex...

The fluids expelled from my body during my recent bout of food poisoning actually poll 40% higher than congress.

1600 Penn, the television show, has a white guy as President....not buying it. Not believable at all. A white President. Yeah sure...

My car gets 57 miles per gallon thanks to the unlocked gas caps of my many neighbors. Just a little from each goes a long way!

My new scale checks weight, body fat, water, will to live, prospects for getting laid... I've got to ramp it up at the gym...and life!

Why juggle chainsaws when you can have female relatives ask YOU who should take back their dress when they just purchased identical ones?

Shoot the guy that keeps knocking you down.

Go to bar with friends and laugh.

I don't need viagra, took one anyway...and my upstairs neighbors got a pleasant surprise, a thank you note for the ride to the ER

LOL at my friend who gets mad at famous women for getting into relationships thus ruining his crush on them.

Um, Serena Williams...Yum. That is all. I want a sweaty Jillian Michaels above me yelling “Keep going until you can’t do it anymore!” NORMALLY, it’s a countdown to when the star QB dumps the girlfriend….but THIS time….. 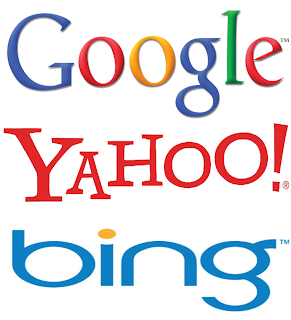 I just “Googled” your sister.

Cowards and liars and whores on my!


Cowards and liars and whores on my! (Congress) I officially feel total disgust for these people… and extreme disappointment in the people that keep voting them into office.

It’s time to start caring. Don’t be fooled into thinking that they won’t get around to YOU when their goal is taking away someone else’s rights. Bullies NEVER stop with “That guy”. Eventually YOU will be “That guy “. These people should be voted out of public office PERMANENTLY. They can NEVER be trusted to act in the public’s interest. They only care about the SPECIAL interests….and to THEM…you are not special. YOU are not even a consideration. You are a number on a page. You are a low value product to be sold, passed around, manipulated and abused.

YOU ARE BETTER THAN THAT!

…let us ALL agree to stop voting for people who treat us like shit.

Are you cool with that shit?